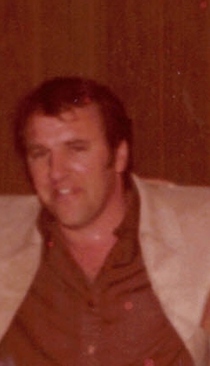 Robert Leo Morrissey, 76, of Evergreen Park passed away peacefully on July 14, 2020.
He was born to parents Edward and Bernice Morrissey, on August 7, 1943, in Chicago, Illinois. He learned carpentry at a young age and his talent was shared with many, including family and beyond.
Robert is survived by his former spouse, Georgine, his children Robert and Ryan Morrissey, grandchildren Taylor and Bobby Morrissey,  brother James Morrissey and sister Sharon Daukus. Robert was preceded in death by his parents Edward and Bernice Morrissey, and his brothers and sisters Edward Morrissey, Dorothy Gerhart, Joan Brooks, Tom Morrissey, Gerald Morrissey, William Morrissey and Richard Morrissey.
Robert was known for his love of celebrating the 4th of July. His annual fireworks display enjoyed by family and friends is a cherished memory. He liked RV traveling and boxing.
A visitation and memorial service will be held on Sunday, August 9, 2020, from 1:00 p.m. to 3:00 p.m. at Kosary Funeral Home, 9837 South Kedzie Avenue, Evergreen Park, Illinois.


To order memorial trees or send flowers to the family in memory of Robert Morrissey, please visit our flower store.