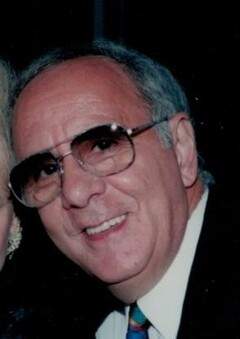 Ralph A. DeBartolo age 87 entered the Lord’s eternal embrace on January 23, 2021.  Beloved husband of Helen nee DeKiel; loving father of Anthony and Daniel (Melissa); cherished grandfather of Brett; devoted son of the late Anthony and the late Catherine nee Pellegrino; fond brother of the late Patrick (Joyce), Bernard (the late Maria), Arthur (Karen), Carol and Linda (the late Arnold) Anderson; predeceased by his granddaughter Gina; cherished Uncle to sixteen nieces and nephews. Born on June 25, 1933, raised in Chicago; Ralph served in the U.S. Army during the Korean War; after an honorable discharge he met and married the love of his life and started a family. Their marriage would last for 64 wonderful years.  Ralph served as a Chicago Police Officer for 32 years; during which he received many commendations.  He retired in February 1989.  He then went on to serve 25 years in the Cook County Sheriff’s Department; his last 15 years as an Asst. Chief.  He was a founding member of the Italian American Police Association, where he served as President and Chairman of the Board for 27 years.  He was a 4th Degree Knights of Columbus and enthusiastic supporter of many charitable causes. Ralph was honored and named law enforcement officer of the year by the Order of Sons of Italy in America.  The Italian American Police Association bestowed man of the year honors upon him in 2004.  In 2010 the Illinois State Bar Association presented him with its law enforcement award.  Good through and through, he treated everyone with respect.  He possessed a charm which won him countless lifelong friendships.   He loved his family and friends, and he was loved in return.  Ralph was taken from us far too soon, but he left behind a legacy of love that will endure for generations.  In lieu of flowers, memorials to Honor Flight Chicago appreciated at https://www.honorflightchicago.org/donate/.  Ralph was on one of these flights and it was one of the most enjoyable days of his life.  In order to keep everyone safe there will be a private visitation. Funeral Thursday February 4, 2021 at St. Eugene Catholic Church 7958 W. Foster, Chicago; Mass 11:00 am; Entombment St. Joseph Cemetery.  The Mass will be livestreamed at https://everloved.com/life-of/ralphdebartolo/  and a Memorial Service will be held for him when conditions are safer. Arrangements entrusted to Kosary Funeral Home 708-499-3223 or KosaryFuneralHome.com

To order memorial trees or send flowers to the family in memory of Ralph DeBartolo, please visit our flower store.