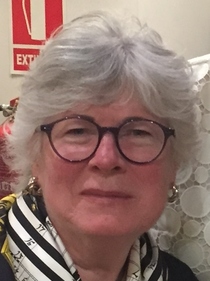 Mary Patricia (Maripat) Brennan, 74, was born September 29, 1945, and passed away December 6, 2019. Maripat attended Benedictine Academy (1963), and began working at New Jersey Bell a few years later as a young single mother. She spent her entire career in the telecommunications industry, rising to a significant role at AT&T, went on to receive her bachelor’s degree from the College of St. Elizabeth, and eventually retired from the National Exchange Carrier Association (NECA) in 2015. Affectionately known as “Patsy” by her family, Maripat was especially devoted to them, taking over the family home in Elizabeth, NJ to care for two elderly aunts. While she spent the majority of her life in New Jersey, Maripat lived in a variety of locales across the United States and Canada as a child. Over the last 13 years, she made her home in Chicago and Seattle, helping care for her two grandchildren. An avid traveler, she had a special place in her heart for Paris, often visiting the city on her own. She appreciated the finer things in life, and shared them with family and friends alike. Maripat will be remembered as smart, graceful, loving, and above all, kind. She is survived by her son, Michael (Merikay), two grandchildren – Ryan Brennan and Cameron Brennan, many loving extended family members and countless friends. Memorial Mass at St. Bernadette Church 9343 S. Francisco Ave, Evergreen Park, IL on Friday December 20, 2019 at 10:30am. Gathering to follow immediately after. Burial services will be held at St. Gertrude Cemetery in Colonia, NJ at a future date. In lieu of flowers the family asks that you contribute to your favorite charity.
To order memorial trees or send flowers to the family in memory of Mary Brennan, please visit our flower store.