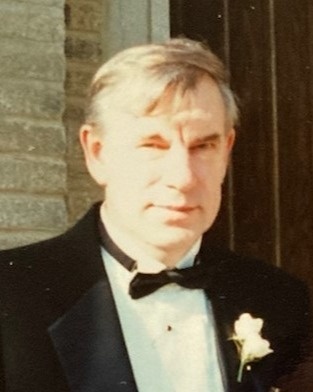 Frank and Carole grew up in the same neighborhood on Chicago's southwest side.  Both attended Good Shepherd elementary school.  Frank earned a B.A. in accounting from De Paul University, the first member of his family to earn a college degree.

Frank served in the Army during the Korean War. His basic training was at Fort Harrison, Indiana and he was stationed at Camp Polk, Louisiana

In the 1960s, after working for several large employers, Frank became an entrepreneur.  He opened a retail store in Evergreen Park, Plycraft Products, which sold paneling, plywood, ceiling and floor tiles and other items used in home remodeling and construction. He operated that business until retiring in his 70s.

In retirement, Frank enjoyed reading, crossword puzzles, lunch with friends, and watching sports on television. He prepared income tax returns for local seniors on a volunteer basis. He also enjoyed spending time with his children and grandchildren.

Frank is survived by six children; Frank Jr. of Iowa; Christopher of South Carolina; Carolyn, Nicholas, and Kathryn, all of Illinois; and Maureen of Colorado.  He was also blessed with three grandchildren; James Mullen of Illinois; Andrew Ross of Wisconsin; and Casey Ross of Oklahoma.

Mass will be held October 24, 2022 at 11:00 am at Most Holy Redeemer Church in Evergreen Park followed by internment at Holy Sepulchre Cemetery in Alsip, IL.

To order memorial trees or send flowers to the family in memory of Frank V. Ross, please visit our flower store.